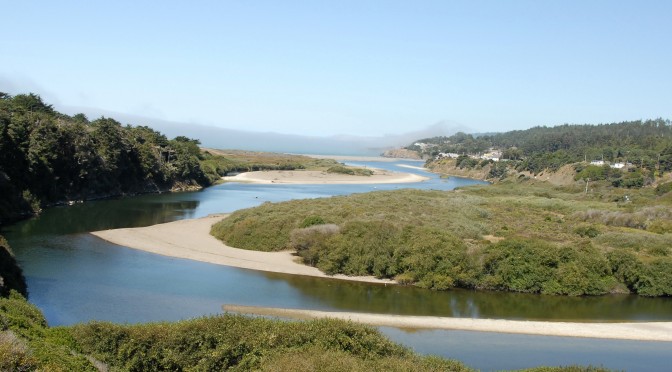 The significant story of Gualala, California, between 1863 and 1906, is the industrialization of lumber and the development of a single company town.

The Gualala Lumber Company was unique in that it survived even through the depression of 1900, which stifled the lumber trade in San Francisco and caused a number of large Humboldt County sawmills to cease operations.[i] The mill was equipped with the most modern machinery in its day and had the first triple circular saw in the country.[ii] The Gualala River Railroad Company, owned by the Mill Company, had the widest gauge railroad track on the West Coast at 68 1/2 inches.[iii] The town was the greater region’s commercial and cultural hub – it had a dance studio, an Opera, and a Municipal Band (organized by the Company).[iv] When the mill burned down in 1906 it meant the demise of the company, and for most of the locals it meant a similar fate for the town.