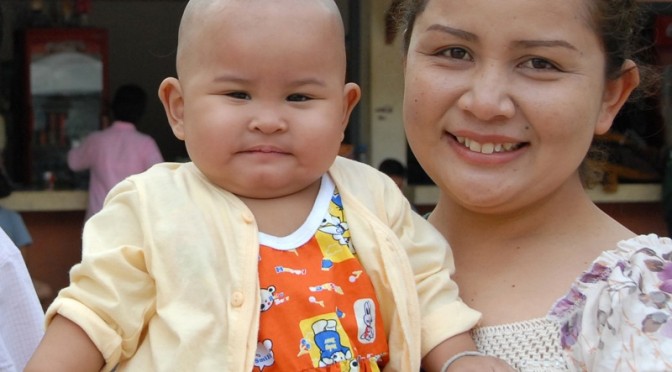 Happiness and laughter are contagious for good reasons: they can elevate us toward a positive, relaxed state and diminish pain. Foster laughter and you will be more emotionally resilient–making cheerfulness your natural set-point.

“In some cases, though, laughter may dampen inappropriate immune responses. In a 2007 study allergy researcher Hajime Kimata of Moriguchi-Keijinkai Hospital in Japan measured levels of the hormone melatonin in the breast milk of nursing mothers before and after the subjects watched either a comic Charlie Chaplin video or an ordinary weather report. Melatonin regulates the sleep-wake cycle and is often disturbed in the allergic skin condition atopic eczema, which all of the 48 babies in the study had. Kimata found that laughing at the funny film, but not hearing the weather report, increased the amount of melatonin in the mothers’ milk. In addition, the laughter-fortified breast milk reduced the allergic responses to latex and house dust mites in the infants. Thus, making a nursing mom laugh might sometimes serve as an allergy remedy for her baby.”

Excerpt from: Scientific American: April 2009
HOW HUMOR MAKES YOU FRIENDLIER, SEXIER: Seeing the bright side of life may strengthen the psyche, ease pain and tighten social bonds.
By Steve Ayan