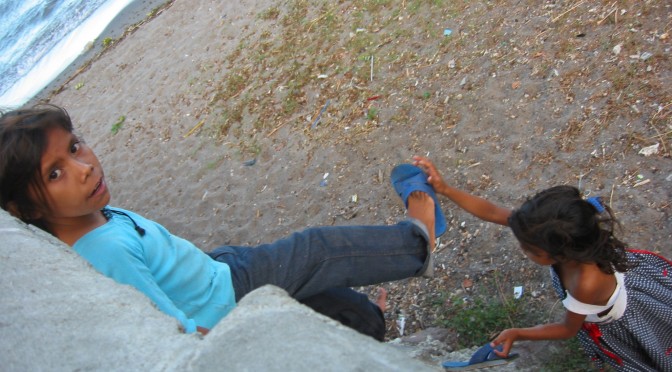 When and How Do Babies Become Helpful?

Studies have shown that just seeing an image of a baby excites areas in the brain responsible for speech, movement, empathy, and reward. We adults are hardwired, whether you’re a man or a woman, to come to the aid of a baby.  But what about baby, when do they start becoming helpful?

Fascinating research at McMasters University found that 14 month old babies, when danced in sync to music, were far more likely to help their partner afterwards.

Babies start hearing sound as a fetus, deciphering intonation, tone, and rhythm of speech and music around the 20th pre-natal week.  A fetus also synchronizes his or her heartbeat to that of their mothers. And as two day old newborns, they are able to listen to rock music and notice if a base beat is missing–they’re born with “beat induction”.  Given all this evidence of a drive to synchronize with their caregiver, if they don’t got the groove a baby is gonna figure “it don’t mean a thing if it ain’t got that swing”!