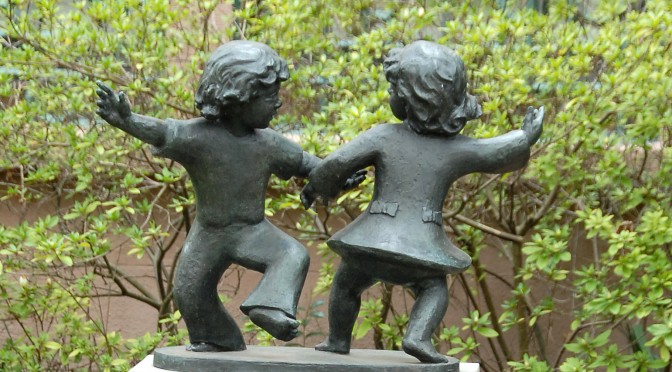 Dancing is found in every culture; it is fundamental to who we are as humans. Our instinct to sync to a musical beat begins in infancy. Babies are unable actually to tap their toes to the music, but their little brain waves sync to the beat. Dance lights up the brain as it stimulates several areas: musical, language, emotional, kinesthetic, and rational predictive.

As adults, we may dance as a means to attract a mate, express emotion, connect socially, establish trust, or make ourselves feel better. Whatever the reason, there are numerous social, mental, and physical benefits associated with dancing. Studies have found that it can do more than elevate your mood and energy level it can also enhance creativity. Even clinical depression has been shown to lessen in those with cancer and, similarly, those with Parkinson’s disease had less fatigue and a shift in negative mood.

Dance can be a workout for your legs, no doubt toning muscles, which we now know is linked to cognitive performance. Researchers at King’s College of London collected data on muscle fitness in the legs of 300 healthy females. They collected and analyzed different lifestyle and health markers over a 10-year period. The findings showed a link between the power (i.e. force and speed) in the legs and the cognitive robustness of the individuals thinking, learning, and memory. Such research may explain why 469 people over the age of 75 participating in a 21-year study on physical activities had a lower risk of dementia when dance was their activity.

But it’s also how you dance that matters. In Brazil, 264 students were taught a few dance moves and either synchronized or not to the 130 beat-per-minute dance. Those who danced in sync to the music reported a stronger sense of social connection with the other dancers. Further analysis demonstrated that these same bonded individuals lowered their pain threshold. Similar findings have emerged in infant development research. As reported in previous posts, 14-month babies who were danced in sync to music were observed to be more pro-social after their experience. Whether we’re young parents or caregiving grandparents, there are many important reasons to incorporate dance into your life.

With dance comes the decision on what music to turn on. When you have a baby as a partner, keep conscious of their level of acceptance for your listening choice. You will probably be greeted enthusiastically. We are born to appreciate music. Newborns as young as two days old can decipher pitch—the ability to keep a beat is linked to the neural encoding of speech sounds. 6-month-old babies can recognize unfamiliar, complex, musical rhythms far more readily than adults, or even 12-month-olds. Afterwards, we selectively train our attention most acutely to the dominant music in our environment, losing the nuanced capacity of our early infancy.

With maturity, musical taste will become subjective. The research of, Jenny Groarke and Michael Hogan, from the National University of Ireland, revealed the different reasons why there is a generation gap in our preference for certain music. “Younger participants voted social connection, affect regulation and reminiscence as most important factors that connect music listening to well-being.” The older, 60-75-year-olds, listened to foster a reflective state, to feel less lonely, or for novelty seeking. In other words, the seniors used sound as therapy, to increase meaning in their lives, and to alter their affect. Well-being, whether young or old, is the primary goal of listening to music (and dancing).

As to the well-being of infants–singing along to the music while you’re dancing with your baby will help them develop emotional self-control. Researchers from the University of Montreal studied six and nine month-olds to determine this finding. The infants were exposed to recordings rather than a live performance (the song and language were unfamiliar.) The babies refrained from fussing for an average of nine minutes while listening to a Turkish tune; when spoken to fussing began in four minutes. When babies were exposed to a song in a familiar language, they remained calm for an average of six minutes.

So at whatever age we find ourselves we will enhance our wellbeing in multiple ways through dance. Let a baby be the beneficiary of your vitality and help them thrive.

Sarah Sloat Science Explains… Why Dancing Is the Fast Way to Make Yourself Happier. November 6, 2015, http://bit.ly/1NDABBN