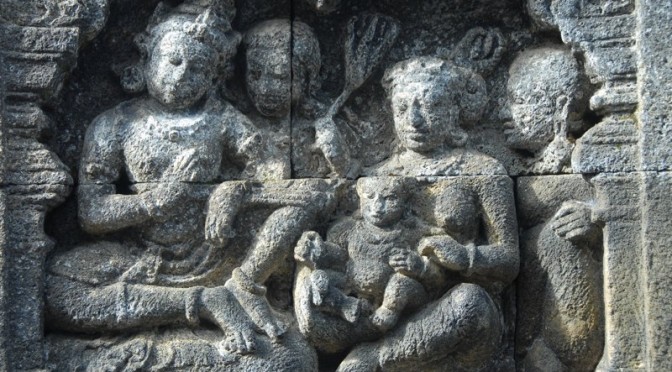 There’s social heredity, the  “epigenome”, those special proteins surrounding the DNA, embed information controlling genes like an off and on switch.

“The development of the brain, both structure and function, is shaped by the influence of four major factors or processes. These include (1) the genetic endowment and the epigenetic effects from the environment, (2) the endogenous or internal brain activity and sleep, (3) external experiences and stimulation of the sensory organs, and (4) the physical, chemical, sensory, and social/emotional environments.” S. Graven and J. Browne *

Within each cell of our body, of which there are two hundred different types, is an identical genome. How each one shares the same hereditary instruction yet differentiates into specific cells: skin, liver, heart, muscle, neurons etc., has baffled biologists. Until they discovered the existence of an “epigenome”: special proteins surrounding the DNA that embed information controlling genes like an off and on switch. It is a gatekeeping mechanism determining what and when genes may be activated. Eight epigenome proteins called histones coalesce into a pillar of sorts called a nucleosome, allowing DNA to wrap around it—30 million such pillars are needed for all the DNA. The histones have tiny tails that contain most of the hundred plus marks punctuating the genetic script. As science writer Nicholas Wade reports: “The marks are called epigenetic, and the whole system the epigenome, because they are inherited across cell division despite not being encoded in the DNA.”

Furthermore, integrative and relational imprinting occurs by way of gender specific epigenomes from maternal and paternal DNA. A mother’s genes influence language and higher-order cognition, while a father’s ensures growing, eating, and mating. This happens by way of a gene “silencing” mechanism. As microbiologist Janine LaSalle explains: “You need both Mom and Dad in order to get a normal brain.”

Each cell depends on its epigenome, which comes largely pre-equipped in the genome. But, and most importantly, the epigenome is sensitive to and thus can be changed according to environmental signals. No other concept better states the seriousness of mindful infant care, attachment parenting, and the benefits of movement and music more than the scientific paradigm of epigenetics. Diet, maternal attention, and environmental stimuli can alter gene expression without changing the underlying DNA sequence. Moreover, the affected cells may be retained throughout their life, and for multiple generations. You alone do not reap the impact of your lifestyle and family relationships—your choices affect your immediate offspring and their offspring and so on through generations.

As Noel Buckley*, Professor, Molecular Neurobiology, King’s College London explains: “Any developmental change is accompanied by wholesale changes in gene expression with entire batteries of genes activated or silenced.” Inadequate high quality nutrition during critical periods of prenatal and early postnatal development can cause epigenetic affects in the gut’s structure and function permanently. Studies have shown that the quality of care that a baby rat receives from its mother results in epigenetic changes and corresponding behaviors that are passed down through multiple generations. A leading researcher drawing such conclusions is Columbia University neurobiologist Francis Champagne. In explaining the significance of the findings she says: “Mothers are incredibly important, so the quality of care that they’re able to provide to infants is critical for shaping infant development, and will have consequences for the next generations of mothers and infants.” Research has also shown that rats respond favorably to “communal nesting” (social network of consistent caregivers), as well as early exposure to novelty outside the home.

Such results point to the integrative and relational needs of an infant’s social, cognitive, and nervous system development. Indeed, theories of attachment are now being argued as such. What is being emphasized is an infant’s self-organizing, problem solving nature—a dynamic process of pattern making and changing, which occurs in response to environmental input within and outside the body, and their own co-creating agency.

Links for further information on epigenetics:

From One Genome, Many Types of Cells. But How? by Nicholas Wade, February 23, 2009 http://www.nytimes.com/2009/02/24/science/24chromatin.html?ref=science
Bbc.co.uk. 2007. Science & Nature. The Ghost in Your Genes: The scientists who believe your genes are shaped in part by your ancestors’ life experiences. http://www.bbc.co.uk/sn/tvradio/programmes/horizon/ghostgenes.shtml