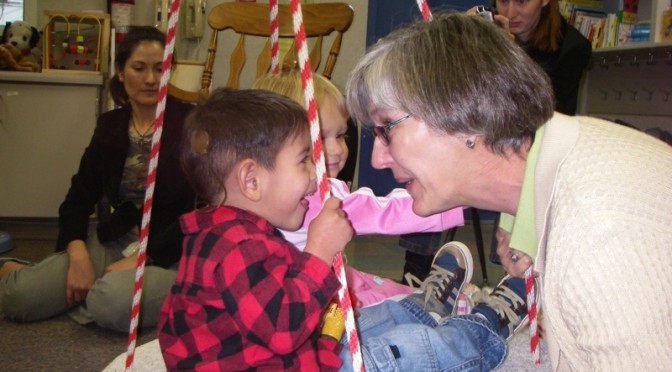 Everyone would agree: social awareness is crucial to sound development. Importantly, it begins to arise in infancy, as we learn to attune ourselves to where others are looking.

This capacity of the brain to process “gaze-direction” is very sophisticated. Remarkably, researchers have recently discovered that how the brain embeds the information can rest on our preconceived conceptions of the other person’s mental state.

As Greg Davis of the University of Cambridge explains: “our brain is coding another person’s attention and intentions.” The emphasized word here is “coding”. As his colleague Christoph Teufel elaborates: “We do perceive social signals. But once we attribute a mental state to them, this in turn changes the sensory processing of that social signal. It’s a two-way relationship.” In other words there are after effects following recognition that a person is continually staring to the left, and then you witnessed a person staring straight at you, your perception would be that the second person was gazing more to the right. This perceptual misstep occurs naturally as neurons adapt to prolonged stimulation and subsequently become less sensitive to new input. Undoubtedly, the ability to read a gaze is something we are meant to develop.

The most promising way to develop this capacity from infancy onward is for the caregiver to attune to the baby’s gaze. Acknowledging the baby’s source of interest and demonstratively accentuating it with a word will delight baby. This “infant-directed care” sensitively allows the child to take the lead while playing: spurring development, empathy, and imitation. He or she was born to use those big eyes highlighted in white to attract or respond to a gaze from their caregiver. This is how they will continually strive to connect with others. They will do so to learn many things (learning most if the process is enjoyable—a motivator), and to prime their capacity to understand someone else’s intentions. They will practice this social chemistry over and over again.

Pay close attention to ensure your baby’s eyes are developing this visual sense. Developmental ophthalmologists (eye specialists) are concerned about the prevalence of “convergence insufficiency” among children. The disorder causes a person to see double because the eyes cannot coordinate and focus together at close range. It often goes undiagnosed, in part because many of its symptoms are shared with attention deficient disorder or hyperactivity. The ability to see with binocular vision develops during the first years of life. Young infants compensate by limiting the image input from one eye by squinting, causing dependency on the other. The squinting eye will fail to develop properly becoming “lazy eye” if left untreated: vision therapy is effective. This disorder should not be confused with “crossed eyes”, which occurs as one eye turns and deviates some or all of the time. If you suspect any eye problems—do not hesitate, go see an ophthalmologist immediately. [For a fascinating account of a stereoblind adult who gained stereopis and chronicles the experience in her book, see the link below for Fixing My Gaze by A.C. Grayling]

The close proximity of infant-dance affords caregivers the opportunity to monitor the healthy development of an infant’s sight. The American Optometric Association suggests that the first exam be at six months. Dr. Rowan Candy instructs ophthalmology students on exam methods and reminds them that parents will seek an eye exam at any point in time if concerned. Her advise to the parents is to practice the “very valuable exercise” of “a game of covering one eye after the other and comparing vision in the two eyes.”

Infants don’t let up—they are needy around the clock. Even asleep their eyelids twitch and their mouths move as their brain categorizes and reorganizes information from that day. They are busy little cultural replicaters: language is the most obvious skill they recapitulate. Their early rhythmic babbles and wiggly limbs are meant to get our attention. But nothing seems to beat those big wide eyes and a genuine smile.

I’m going to end this entry by introducing you to a researcher who sees the important interplay between cognition, gaze and motor behavior. Though she works with adults (in which case there is something here that pertains to our abilities), there is much to extrapolate for infant development. Joan Vickers, Director of the University of Calgary’s Neuro-Motor Psychology Laboratory, has done fascinating research on what it takes to perform high-level athletics. Vickers explains the main characteristic for success in sports, and motor coordination in general, in Cognition, Gaze and Motor Behavior:

A potential invariant of higher levels of motor performance is a gaze called the ‘quiet eye’. The quiet eye has four characteristics – it is directed to a critical location or object in the performance space; its onset occurs before the final movement common to all performers of the skill; its duration tends to be longer for elite performers; and it is stable, confirming the need for an optimal focus prior to the final execution of the skill. The processing of quiet eye information and the ability to self-regulate cognitive and emotional activity are key to the successful execution of motor skills, not only in sport but also in everyday skills like locomotion and in disorders such as ADHD (attention deficit hyperactivity disorder). When a performer is anxious or upset, then their normal ability to attend is lost with negative effects on their quiet eye and performance.

Addressing this may seem to you as though I am overstating the mission of Kinergetics, but the answer is interesting, and the parallels to infant development quite intriguing. Happy dancing!

AN IMPORTANT POSTSCRIPT: Don’t be too quick to jump to negative conclusions if someone doesn’t maintain eye contact. Gaze aversion is a necessary method to control “cognitive load”. Looking away momentarily helps children and adults focus attention so that working memory may engage with the problem at hand. Gaze aversion tells you kids are really thinking. See: Eye contact: Look Away to Think and Imagine http://TwitPWR.com/n1T/