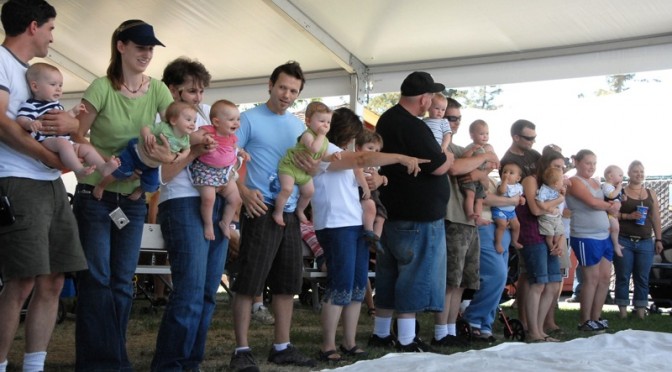 The nervous system is primed (forming implicit memories) by early “emotional” social experiences. Getting emotional responses from a baby takes a touch, smile, loving gaze, or a “how are you?” that sings. A baby’s eye-to-eye contact begins in the first weeks, and progresses to more of a prolonged gaze by the second month, which will be important for imitation, emotional intelligence, and language acquisition.

Michael Gazzaniga, director of University of California, Santa Barbara’s Sage Center for Study of the Mind, argues that: “Individual differences in how quickly we can solve cognitive problems can be traced to differences in the underlying organization of the nervous system.” Allan Schore, clinical professor of psychiatry and biobehavioral sciences, stresses the point that; “social experience is impacting the development of the regulatory systems in the brain that regulate all forms of cognition, affect and behavior.”

Neuroscientists, such as Richard J. Davidson, refer to the behavior display that develops, when shown to be “consistent”, as “affective style”. The affective set point is imprinted in accordance with exposure to and subsequent recovery from stress or discomfort. Davidson explains the grave sensitivity of this regulatory system by stressing, in his words, the “importance of the recovery function following negative events for vulnerability to certain forms of psychopathology as well as for resilience.” He defines resilience as: “the maintenance of high levels of positive affect and well-being in the face of significant adversity.”

Through our caring and dynamic interaction we help our baby neutralize negative events. The automatic regulatory mechanism known as mirror neurons are at work as we socialize, which speaks to the evolution of human cooperation and play. These neurons are activated when we observe another person’s behavior—the brain begins to incite a corresponding response (a mirror image) associated with that behavior, just as if we had done the action. Mirror neurons need to be switched on. There is good evidence to indicate that this capacity helps us: imitate or predict action, become empathetic and understanding of other people’s actions and social relations, be motivated, and be driven to act so as to restore our body’s internal balance (eat when we’re hungry, manage our temperature with clothing).

A team of researchers led by C. St. Clair studied signs of autism in infancy and concluded: “Subtle changes are occurring, even before six months, in the way the child who is developing autism co-ordinates moving and perceiving, and especially in how they combine growing interest in exploring and manipulating objects with orienting to people and engaging with their changing psychological states.” Other studies led by Jochen Triesch found behavior problems in autistic children’s gaze following are linked to “disinterest in faces”. This leads to a failure of development in the “planning of gaze shifts”, which is the ability to track moving objects or watch your eyes and/or pointing shifting focus accordingly. It also interferes with the development of mirror neurons, important to imitation, social learning, and empathy. Marco Iacoboni concludes: “a deficit in mirror neurons can in principle account for three major symptoms of autism, the social, motor and language problems.”

Research by neuroscientists Turhan Canlin and Klaus-Peter Lesch met with similar results. According to them: social behavior may be subject to an interaction between psychosocial stress and a genotype encoding the serotonin transporter, which contains “a regulatory variation that has been associated with anxiety-related traits and susceptibility for depression.” They speculate that this gene-environment interaction could modulate social behavior via cell types located in some of the brain regions that are proposed to be important in social communication. Specifically, in the mirror neuron system and “in the Von Economo neuron, which is believed to be involved in social bonding and fast assessment of complex situations.” They conclude with the proposal that “dysfunction of these cell types may cause social and communication disabilities associated with autistic syndromes.”

Others, such as psychiatry professor Michael J. Meaney, who works in the laboratory with a team of researchers investigating the effects of licking on rat pups to understand possible effects of maternal touch behavior, suggests it increases thyroid-hormone production and the circulation of the neurotransmitter serotonin. Their experiment demonstrates that molecular changes can occur to an infant’s neuron cells, affecting the activity of a child’s genes. These are called “epigenetic” changes. The absence of licking creates a fear response, and in some instances could contribute to psychiatric conditions. Early and consistent intervention of sensitive eye-to-eye gazing, touching, playing, carrying, rocking, singing, and dancing may help mediate symptoms of this spectrum disorder.