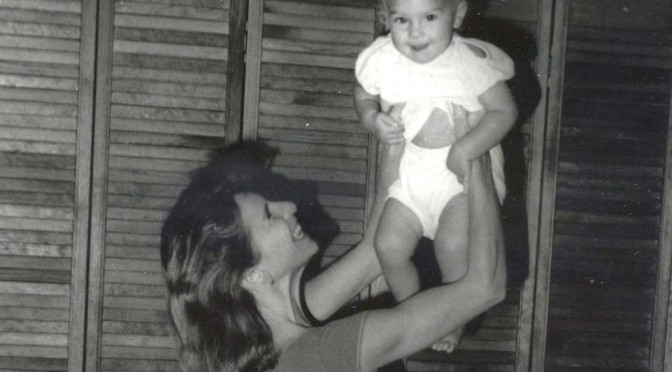 Psychology professor Alan Fogel, author of “Infancy: Infant, Family and Society” (now in its fifth printing) emphasizes that infant self-awareness is at first grounded in the body and its senses—it is “embodied”.

Fogel defines “embodied self awareness” as “the ability to pay attention to ourselves, to feel our sensations, emotions, and movements.” The other means toward awareness is “conceptual”, which allows for self-directed judgments, but may cause us to overlook awareness of body states. Depending on which mode of awareness you are operating from, different brain regions are activated. To be engaged in embodied self-awareness is essential for survival, and negates the possibility of conceptualizing at the same time.

Philosopher Alva Noe shares a similar view: “in order to see, we need to understand what happens to us visually when we move—seeing, is a kind of knowledge of the sensory effects of movement.” As he explains: we are more than our brains, we are beings connected to and dynamically interacting with an environment. Thus our nature is beyond the brain and intellect. We are “embodied” and “consciousness” is something we do as we attune to our surroundings. Kinergetics has this idea at its core: movement, attunement, dancing through the environment and with life we dynamically self-organize sensorimotor activity.

We must move to develop–as we do so we stimulate the motor and sensory systems, and the brainstem that is the conduit for their nerve connections from brain to body. This incites the cerebellum (that sits on top of the brainstem), which integrates sensory perception, coordination, and motor control. Further integration of sensory information takes place in the parietal lobe, especially important for spatial awareness. Because we respond to our baby’s needs for play and/or attunement, the dance affects the autonomic nervous system helping to involuntarily regulate breathing, digestion, heart rate, and diameter of pupils. Such effects of movement activate the same regions associated with embodied self-awareness. In this way, we aid both baby and us in self-monitoring and self-regulation, and maintaining presence in the moment. Movement activates the vestibular system as well, which is crucial to our sense of balance and our body ‘s sense of where it is in space (proprioception).

Dance is universal and doing so with an infant is intuitive. It is a rhythmic feeling to take seriously, as it seems grounded in evolutionary necessity. There are cross-cultural as well as intra-cultural differences in the amount of movement a baby receives. Anthropologist Alma Gottlieb describes how Beng families in West Africa pass a baby around from caretaker to caretaker—often every five minutes. The Efe of Central Africa pass an infant around to members of the group about eight times an hour. In many cultures a baby will be carried about and take their naps in a vertical position. People in the United States usually lie their baby down to sleep, and often to play by themselves. Indeed, health providers warn against having a baby spend too much time in car-seats, baby swings, strollers, or on the floor while on their back (play time should be tummy time). The warning is to guard against plagiocephaly (malformation of the head) and torticollis (head becomes tilted in one direction while the chin is elevated and turned toward the opposite direction). Dance seems to be the most age-appropriate activity for an infant.

On that note, consider this: Jessica Phillips-Silver and Laurel J. Trainor tested seven month-old infants at their baby lab at McMaster University in Canada and discovered: if you dance a waltz rather than a jig, your baby will prefer the waltz. They also explain that it is the movement of the head and activating of the vestibular system, more than the limbs, that cause metrical encoding to take place.

PHILOSOPHER ALVA NOE interview on consciousness as embodied movement and dance as a way of knowing.