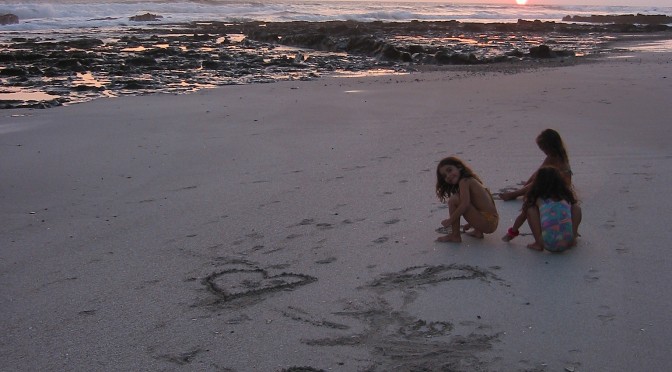 Self-regulation and concern for others are attributes at the foundation for social interaction. What facilitates optimum social and moral development, including personality characteristics such as empathy, conscience, and self-regulation?

Empathy, the internalization of parental mores, and the emergence of conscience are shaped particularly in the mother-child dyad of mutual co-regulation.

An interdisciplinary study on early caregiving and moral development was conducted at the University of Notre Dame, led by professor of psychology Darcia Narvaez. They investigated the question: what facilitates optimum social and moral development, including personality characteristics such as empathy, conscience, and self-regulation? The findings suggest that our moral characteristics develop more as a result of epigenetic rather than genetic factors, and society may be failing to provide the proper environment for “sophisticated social engagement and prosocial behavior,” to optimally develop. Narvaez argues that self-regulation and concern for others are attributes at the foundation for social interaction. She contends that empathy, the internalization of parental mores, and the emergence of conscience are shaped particularly in the mother-child dyad of mutual co-regulation.

Caregivers wisely value their baby’s ability to self-regulate when challenged by a stressor—but such regulation is dependent on a dyadic (two-people) process. Sensitivity to what the child is experiencing in temperature, hunger, sleep needs, and social, language and play needs etc. will be a significant contributor to a child’s stress response set point, emotional intelligence, and attachment behaviors. When attachment is secure a baby will more likely be able to regulate emotions, develop impulse control, and experience controlled anger. When caregivers are responsive they foster cooperation and compliance in their developing child.

To facilitate optimal sociomoral development, Narvaez et al. hypothesized that care needs to mimic what was present during our hominid evolution. This included, among others: (a) touch, being held or kept near others constantly—not in carriers, car seats and strollers; (b) caregiver responsiveness to cries and fussiness; and (c) other caregivers besides mothers (fathers and grandmothers, in particular). Without the help of these “alloparents”, moms have difficulty mustering the energy to be sufficiently responsive. Anthropologist and primatologist Sarah Blaffer Hrdy has written extensively on the importance of alloparenting to our species. She agrues that shared child care may be the secret of human evolutionary success. http://www.naturalhistorymag.com/features/09270/meet-the-alloparents

According to the Zanna Clay and Frans de Waal of Emory University: “for bonobos, sensitivity to the emotions of others emerges early and does not require advanced thought processes that develop only in adults,” Recently, these researchers found that bonobos become conciliatory if their own mothers raised them compared to being orphaned bonobos. They conclude that this indicates that stress experienced by the absence of mothers in the early years impedes the development of this prosocial behavior.

As complex a trait as morality is, Karen Wynn and Paul Bloom of Yale University have shown that it appears as young as 3 months old. Their work was featured on the CBS television program 60 Minutes, see: http://www.cbsnews.com/video/watch/?id=50135408n  As Bloom explains: “…although 5-mo-old infants uniformly prefer individuals who act positively toward others regardless of the status of the target, 8-mo-old infants selectively prefer characters who act positively toward prosocial individuals and characters who act negatively toward antisocial individuals.”

We are hardwired to develop into caring creatures but it takes vigilant attention to a baby’s every need. When we routinely calm a crying baby, we help them establish and strengthen their own physiological and emotional abilities. Dancing with a baby can go a long way in providing the nurturing environment necessary for prosocial development. Kinergetics fits with Narvaez’s recommendations outlined in psychologytoday.com blog on the simple ways to calm a crying baby: recreate movement; rely on touch, provide skin-to-skin contact, and recreate familiar sounds.