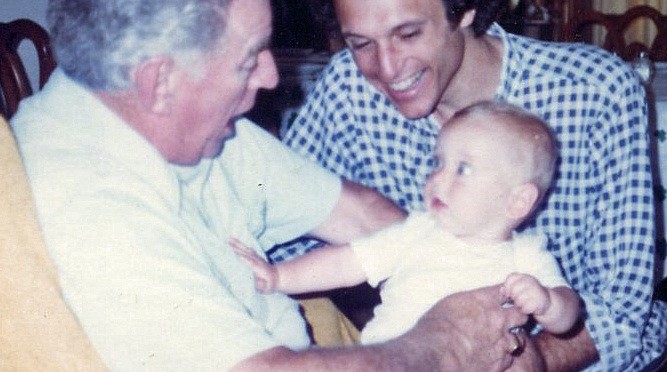 When acquiring language infants go through a phase between approximately 6 and 12 months where their focus is more on the speaker’s lips rather than their eyes.

Eventually baby’s return to focusing more on the eyes where so much social information is transmitted.

Many in the fields of human development, cognitive neuroscience, and positive psychology have reached the conclusion that infancy is the most critical phase of brain development. Language acquisition is perhaps the most obvious sign of the growing abilities of the human brain. Patricia K. Kuhl and colleagues at the University of Washington were awed to discover that it is not the language areas of the brain that determines linguistic skills. Their research was with typically developing 7-month old babies. Results showed a greater concentration of gray and white matter in brain areas linked to motor abilities and memory processing predicted greater language ability at age 1. Why would this be? As Kuhl explains it: “Infants have to listen and memorize the sound patterns used by the people in their culture, and then coax their own mouths and tongues to make these sounds in order join the social conversation and get a response from their parents.”

When acquiring language infants go through a phase between approximately 6 and 12 months where their focus is more on the speaker’s lips rather than their eyes. Eventually they return to focusing more on the eyes where so much social information is transmitted. These findings were a result of a study conducted at Florida Atlantic University and are were published in the journal Proceedings of the National Academy of Sciences.

If an infant shows signs of delaying the shift to focusing on the eyes, this may or may not indicate a risk for autism or a language problem. Two-year-old toddlers with autism pay more attention to a speaker’s mouth. And autistic babies as young as 7 months of age have been found to be slower at shifting their gaze from one object to another. Other studies have shown that infants that are more successful at self-regulating and who exhibit a more positive temperament, have greater facility over where they place their attention. It is clear that the brain functions as a multisensory organ where all the senses cooperate and collaborate. One more key observation to consider is early motor development’s link to future linguistic skills. Delays in motor areas may indicate communication delays. Following up on such observations by consulting your child’s pediatrician. The earlier the intervention to refocus where the child attends will help enormously in reaching developmental goals.

It is with good reason that toddlers go back to attending to eyes—not just for social information—but also for accuracy in hearing. It is an astonishing fact that visual stimuli overrides auditory when hearing language—this is known as the McGurk Effect. Professor Lawrence Rosebnlum of University of California, Riverside explains it in a YouTube video (http://www.youtube.com/watch?v=G-lN8vWm3m0). Watch and you will see that as you hear the repeating word bah bah bah, then see a person only mouth the word fah fah fah while hearing the word bah at the same time, you will–in an illusion–hear the word fah, which is actually inaudible. If your eyes are closed you will be able to hear the word bah that is actually being said. This amazing phenomenon occurs even if the listener/viewer knows of this tendency!

Kinergetics is an ideal vantage point to observe your baby as you speak to them in close proximity. Where are they placing their gaze as you talk to them? When you point out an object as you move about the room, and then switch to another object, do they follow with their eyes?