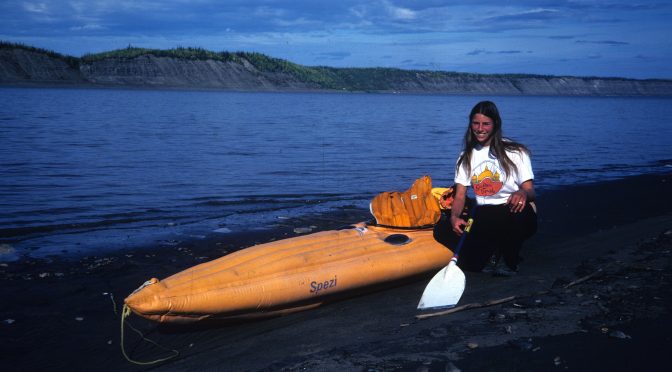 It’s been two years since the publication of my  essay “Toward Thriving” appeared in Refusing to Quit: True Stories of Women Over Sixty by Dr. Joyce Knudsen, which I will share in this post. Today is November 3, 2017, despite the blogs entry date.

Feeling flow with life as a new grandmother caregiving; as a mindfulness teacher in training with renown teachers Jack Kornfield and Tara Brach, and all the students and mentors; and as an author with deep gratitude to all those supporting the 2017 release of Dancing with Your Baby–The Science of Nurturing Infant and Caregiver through Music and Movement, especially the GroovaRoo Dance community.

The stories  we tell ourselves and share with others are incredibly powerful, they can move us toward wholesome or unwholesome ways of being. For more on this, read my featured article: Narrative, Memory, and the Brain in “The Wise Brain Bulletin” presented by neuropsychologist and mindfulness teacher Rick Hanson, Ph.D.

May you and all beings move toward wellbeing with each thought, word, deed, and livelihood. May you be safe, may you be at ease, may you know peace.

It was on my thirteenth birthday I had to have spinal surgery to fuse 12 vertebrae. If nothing else, a year in a body cast enforced contemplation, patience, and a wider degree of resilience. It also initiated self-healing, as I visualized a straight, bionic spine made to endure anything. Once free of the plaster, movement became a source of salvation from pain. At times, I would walk four miles to high school and eight to college, just for the love of the stride.

My back could feel annoyingly numb, sharp, and constricted. That eased after I was befriended by the Nathan Pritikin family and converted to the father’s revolutionary vegetarian diet. As if aligning with the natural forces of my body, I began to feel so much lighter, with heightened circulation and more energy. It was rejuvenating; the enticement to forgo the last year of college for an expedition became irresistible.
With my fiancé, I found myself working on the pipeline outdoors in the frigid Arctic as the only woman operating engineer. Homesteading land–building a two-story log cabin from scratch in the Alaskan bush.

Then planning for and kayaking 1,100 miles in 44 days down the longest and most remote river in North America, the Mackenzie River, across the Continental Divide and down the Porcupine and Yukon rivers.

These are peak experiences that kept me going for a long time. Sometimes experiences lock you into that vital space of belief in yourself. Self-efficacy develops—that lingering “can do” attitude that comes from believing in the wisdom of your choices and values, and admiration for your spirit and strength.

Exercise, healthy eating, and peak experiences may be cliché, but their outcomes are not. The embodied sense of wellbeing becomes an authority to which you willingly relinquish power. Spontaneous living and the rapture of authenticity became likewise compelling. I was examining my life at every turn. Reading eastern mysticism and practicing yoga and meditation became regular retreats. A more refined sense of self-knowledge began to emerge—I was becoming more alert, attentive, and aware. The quests continued.
After traveling to Europe, Morocco, and Central America, we settled in Boston for reasons of higher education. Stepping into the city’s enormous main library, I found the category for science and medicine and became engrossed in a book on acupuncture. Serendipitously, I picked up a local telephone book and discovered the proximity of The New England School of Acupuncture. I enrolled in this pioneering program and was among the first in the country to graduate with a master’s in acupuncture—my career path was set.
After six years away from the Bay Area, we returned to northern California. But, at the time, unbeknownst to me, the state did not accept the school’s accreditation. Discouraged, I lifted my spirits by teaching myself how to play the mandolin, and by going back to college. I gained certification in holistic nutrition and began consulting, and also started freelance writing.

As a young mother, I ritually did yoga, tai chi, and dancing with my babies. I saw how we mutually thrived while playing in this way together. I began to wonder: why is it that when a baby is in our arms we instinctively rock them back and forth, especially to music, and why do they like it so much? It became an obsession of sorts, eventually compelling me to write a book on the subject: Kinergetics: Dancing With Your Baby for Bonding and Better Health for Both of You. It took several years of persistent writing, editing, and marketing to get finally published in 1994. It also led to a bachelor’s and master’s in anthropology, thanks to the mentoring of the renowned anthropologist Ashley Montagu.

“Experiences over possessions” and “life-long learning” are mottos I have always held dear. So, when our family had the opportunity for a year sabbatical in Tamarindo, Costa Rica, we took it. I immersed myself in Spanish and doing cultural landscape fieldwork. During the immediate years afterward, adjusting back to full-time work schedules became uninviting; we soon opted to slow down to part-time work and traveling.

My mind started stirring over possibilities of updating the book, scientific evidence was mounting in several relevant disciplines, from infant development and the brain sciences to music and dance therapy. I decided to do some anthropological fieldwork by working with hard of hearing infants and toddlers. I began the goal of rewriting Kinergetics: Dancing with Your Baby... I circulated a couple dozen first draft manuscripts to infant development labs and otherwise pertinent professionals. After years of continuous updating and numerous attempts to get traction, the eBook was beautifully edited and published in the summer of 2014, and a print on demand version in spring of 2015.
These last several years living in Santa Cruz County, and working with children and teens with special needs (and typically developing children), have been very gratifying. Gratitude is a powerful tool that gives us the grace to continue. I will never “give up” on trying to live an authentic and mindful life, and exploring and sharing how we may thrive through the life cycle. At age 63, I’m only getting started!

So that is how the essay ended in Refusing to Quit…. Dr. Joyce wrote the last line, “At age 63, I’m only getting started!” Here I am at 65 and life does seem like it’s only getting started in some regards–the joys are abundant today: caregiving my first grandbaby, being a student in the Mindfulness Meditation Teacher Certification Program led by Jack Kornfield and Tara Brach, and releasing an updated 3rd edition of Dancing with Your Baby–The Science of Nurturing Infant and Caregiver through Music and Movement (2017) this fall; complete with a new tagline, cover, and praise; and highlighting a partnership with GroovaRoo Dance,  who offer classes and train teachers in baby/caregiver babywearing dance classes–all are tremendous assets to spreading a bit of thriving one family at a time.