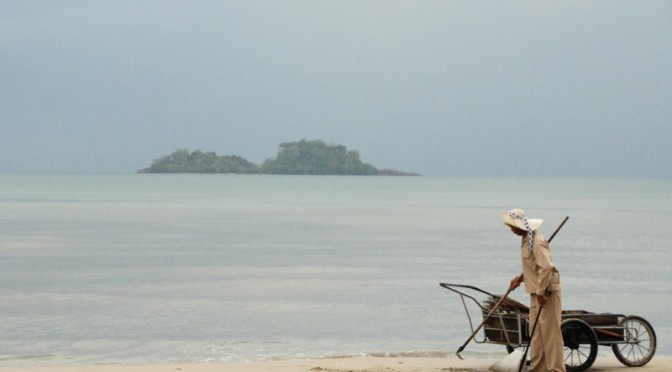 Understanding our impact on the lands we visit, and seeing the landscapes as anthropologists do, is vital to the cultures that call that place home. Tourism can create jobs, encourage migration flows, and change the local social and cultural dynamics. And, as Claudio Minca and Marco Linda (2000: 103) argue, “tourism also introduces new forms of territorial organization with their accordant hierarchies, core-periphery logics and modalities of spatial segregation.” Pre-existing territorial activities can become marginalized in the wake of reorganizing a town through construction of infrastructure and facilities to accommodate the influx of tourists (Minca and Linda 2000:106).

This raises questions – Has tourism revitalized the local culture by supporting a new awareness and new representation of it? What are the conditions of the local social structure and normative code – are they stable and autonomous? For instance, a stable landmark in every pueblo is the plaza, in the new tourist town of Tamarindo, Costa Rica there isn’t one.   Attention must be given to properly differentiate between the impacts of tourism and pre-existing boundaries and co-existing processes. If tourism dominates the economic and social possibilities of a region, it can jeopardize the autonomy of the system.

In some countries, development and environmental protections have been embraced. This juxtaposition of values, however, is tenuous because too often the pace of development is quicker than any effort to protect the land can manage. The difficulty can be with enforcement and backlogged complaints and, moreover, the emphasis is necessarily on deforestation, carbon monoxide pollution, and contaminated water from pesticides. Furthermore, it is not clear what new allegiance has been put forward toward heritage management. But it is clear that preserving cultural resources can be lobbied as an integral component against environmental degradation. Preservation efforts would be greatly aided if land management agencies focused on the large scale inventory and planning efforts akin to the United States National Historic Preservation Act, Section 110. The message must be sent that contemporary heritage management can help to slow mindless development and unjust environmental infractions, at the same time that it revitalizes neglected rural areas once integral to the cultural heritage of the region and nation.

Interpretations are essential components of archaeology, which ought to have themes designed by the descendent community, and where archaeologists act merely as consultants on technical matters. Part of the data is pluralistic storytelling that merges science and humanism to tell the past, narration that links, as Roger G. Kennedy (2002: xiv) puts it, one place with another. Barbara Little (2002: 3) explains that this approach to archaeology, with the involvement of the public, can be a useful means of support for “education, community cohesion, entertainment, and economic development.” It becomes a vibrant mechanism in which the modern world becomes more easily understood and the future more likely to predict.

There is no denying archaeology is a political tool, which is all the more reason to bear in mind an humanistic approach. It is necessary that archaeology is politically relevant, through public art or with the aid of interpretive specialists familiar with the archaeological process (professional writers, video producers, and educators). . Barbara Little (2002: 16) reminds us that we have vital allies in this effort, as she says: “Planners and citizens find that archaeology can contribute to a sustainable community where cultural heritage is valued and nurtured.”